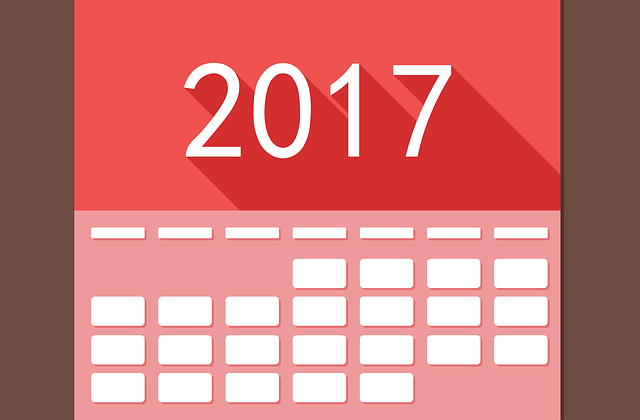 Better late than never, here are my goals for 2017, and the reasons for them.

I treated myself to a brand new Kindle Paperwhite at Christmas. I’d been using Caroline’s old Kindle 5 for about 6 months prior to this, and this rekindled (yes, pun intended) my love for reading.

One of the features of the latest Kindle Paperwhite is the integration with Goodreads, which is a sort of “social catalog” of books, authors, and readers. One of the things that Goodreads does is an annual Reading Challenge, and my Challenge for 2017 is to read 24 books in the year (the target was set by me). This works out to 2 books a month, and I’ve already completed:

I’m currently working my way through:

Now, I made the mistake of starting books without finishing the previous first, so at one point I was part-way through all of the four above books, which is silly.

Anyway, so my goal for this year is to complete the Goodreads 2017 Reading Challenge.

Now, this one is interesting, as I’m not a writer. That’s Caroline‘s strength, for sure. However, I have written some quite amazing pieces over the years, even if I do say so myself.

So this is definitely a stretch goal for me, particularly in view of the fact that my track record for posting on my website is… well… yeh.

So, my goal for this year is to post 6 pieces of creative writing or opinion pieces on thelovebug.org over the course of the year, and I’ll be aiming for 1 every two months, rather than cramming 6 in during the last week of December.

In stark contrast to “… writing”, I think that speaking is something that I do well, although I anticipate a contrary voice of the masses in this respect.

I learned during NaPodPoMo 2016 that I am very much capable of maintaining an audioblog, if I have something to talk about, so I’m going to spend some time over the early part of 2017 formulating a plan for kicking off an audioblog to launch in April.

The goal for this is to launch an audioblog/talk podcast in April 2017, once I’ve determined what the format is going to be.

I am in a band at work, where I play the drums/cajon. We initially planned for a gig at work for our Christmas Party, but we determined quite early on that we really enjoy jamming as a group. We have already identified a good handful of songs that we want to learn this year (yes, we’re a cover band at the moment), so the future of the band looks good at this time.

I’m also in our church’s worship team, where I play the piano part-time. And the reason for the part-time-edness is why music has appeared as a goal for 2017.

This goal covers just piano and guitar, as I feel that I have something to offer in that respect… although more for church than in the band, as we already have two incredibly competent guitarists in the band, and we don’t really have need for a pianist/keyboardist at this stage (that is, until we start learning The Commodores’ “Easy”!!)

The goal for this is to improve my piano-playing skills, and progress my guitar-playing to a standard somewhat upwards of “meh”.

In 2016, the good lady wife and I embarked on (yet another) journey of fitness and weight loss. This involved:

This has been reasonably effective, although weight loss progress is slow, and both the bike and the gym are neatly packed away in their respective storage locations.

At the time of writing, I have lost 37lb in 58 weeks, which is approximately 0.6lb a week. Not exactly great progress, I’ll be honest. My next target is to lose a further 26lb, to make a total of 63lb loss. At a rate of 1lb/week, that would take me to early August to achieve, which I think is a reasonable expectation.

Following the purchase of the bikes in July – which, incidentally, we rode home 10 miles from the shop – I was out on the bike at least 2-3 times a week on a 5-mile circuit I’d worked out in the local area. Joining the gym was an offensive strike against the inevitable encroachment of winter, meaning that riding the bike outdoors would become problematic, and I didn’t want my little handies to get cold.

The goal for this is to:

You can follow progress on this over at thelovebug.org/nyg17