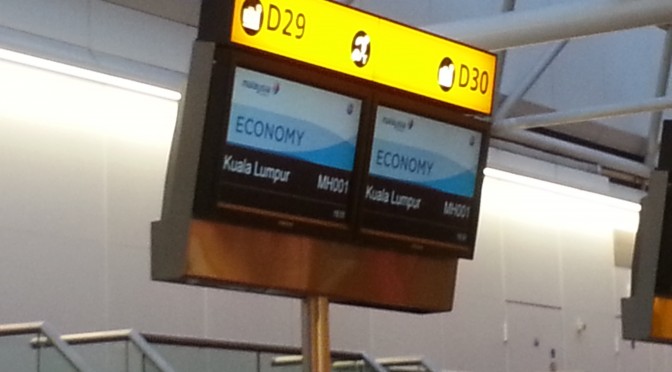 (Sorry this is late, but our check-in on Thursday night was so late that we just wanted to sleep, and today’s been so busy!) 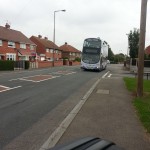 So then, Day 1 of the Borneo trip started with a bus journey from our little mining village on the outskirts of Doncaster to the city of Sheffield. From there, a short jog to Sheffield railway station to catch a train to Nottingham. 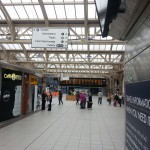 Once we got to Nottingham, we intentionally sought out the nearest greasy spoon for a decent portion of fish and chips before heading to the outskirts of the city to meet up with more of our party, and to catch our coach to Heathrow. 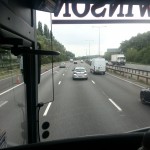 The coach trip, covering 128 miles only took 2.5 hours, which wasn’t bad bearing in mind we caught most of the rush hour. We arrived at Heathrow just after 1830BST, and headed for the check-in desk where we met up with some more of the crew. 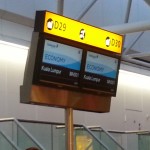 The check-in process was very straight forward, and only took a few minutes. The security process, however, was a totally different matter.

First off was the “liquids” check. We had already put all of our liquids in a clear plastic bag in preparation for this exact eventuality. Then some jobsworth (only doing his job, bless him) told us that the clear plastic bag we were using looked like it was too big, so gave us another bag to use instead. In my mind, the bag we originally had was well within the regulation limits, and I’m pretty sure that the new bag he offered us was actually bigger!!

Then there was the baggage and personal security check. So our cabin luggage, mobile phones, and the contents of our pockets went in to their incredibly fashionable grey trays to go through the X-ray machine. We, on the other hand, went through one of those electronic doorway sensor thingies. Beep said the machine as I walked through it. Australian security guard guy said “do you have anything metal on you”. I’m like “yes, my belt. He says “ok, take it off… and your shoes.” Meh. So I do as he asks and then I move to go through the sensor doorway thingy again. Security guard says, “nuh uh… once you’re through, you don’t get a second chance… I’m going to have to search you now.” Meh. So he starts a search using one of those wand things, and then with his hands. If I’m honest, I would have preferred the offer of drinks and a meal first, but this chap was clearly a fast mover. Anyway, all was clear… but my dignity was left at the security doorway sensor thingy.

Next up was the murder of about 2.5 hours before our Gate was ready… so Caroline and I sat at a Costa and watched a couple dozen airplanes take off. 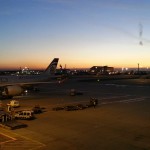 Boarding itself was fairly uneventful, although there was a huge dose of trepidation with both Caroline and myself, as it’s been a long time since we’ve been on a plane!

We’re sat in our seats, and suddenly on the screens in front of us, we get an overhead view of the airplane doing its taxi and takeoff. Quite a remarkable thing to watch, I can tell you. 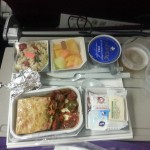 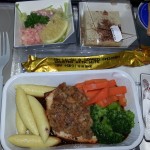 We’ve had our first meal… Caroline had a vegetable lasagne (after she was originally given something with beef in as a vegetarian dish!) and I had almond-crusted chicken with gnocchi “chips” 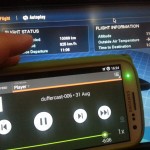 So it’s now 0100BST on Thursday 4th and all of the cabin lights are off and most people are settled to sleep or watching movies/listening to music. Me? I’m typing this, whilst listening to episode 6 of the Duffercast (at 39K ft!) – http://duffercast.org/ – and thinking about getting some shuteye.