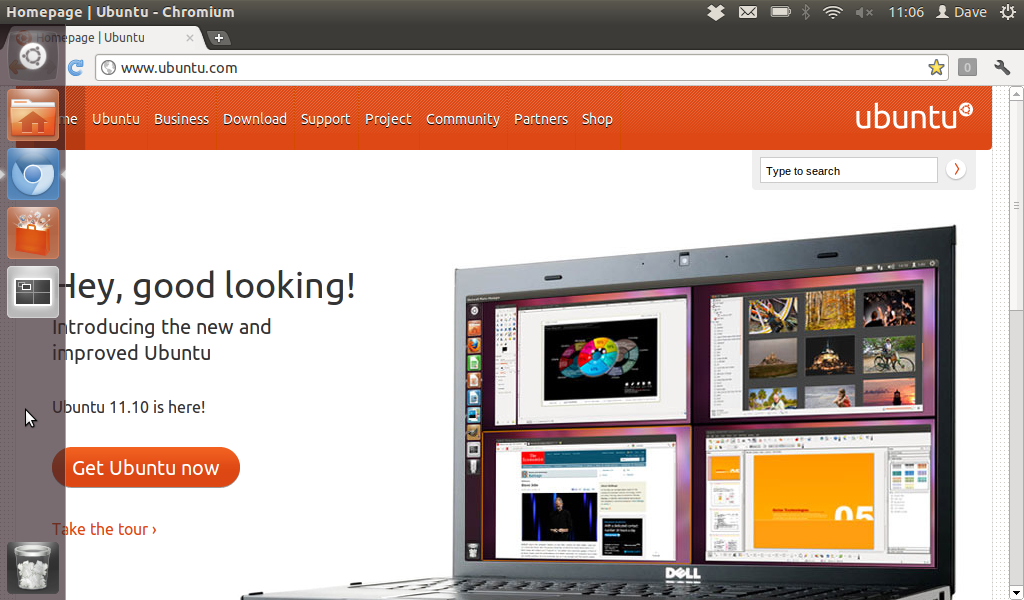 With the recent release of the latest version of Ubuntu 11.10, the “Oneiric Ocelot“, I thought I’d get down my thoughts on Ubuntu in general.

I’ve been a full-time Ubuntu user on my home laptop (the one I’m typing this on, in fact) since I bought it back in July 2006. At the time, the PC had XP Home on it, and I wasted no time in wiping it and installing Ubuntu 6.06 LTS, the “Dapper Drake”.

At this point, it might be worth pointing you at the Wikipedia article, List of Ubuntu Releases.

My first experience with Ubuntu was with the previous release, 5.10 “Breezy Badger”. It was nice to use, I suppose, but not particularly intuitive or stable. But as I was becoming increasingly disillusioned by Windows, its regular blue-screens and crashes and freeze-ups, I felt it was time for a change. There was nothing specifically tying me to Windows, as I’d already identified most of the software that I used on Windows had some form of direct equivalent in Ubuntu. Oh, except iTunes… but as I didn’t possess an iPod, that really wasn’t an issue.

I fell under the Ubuntu spell very quickly, and found that it did what I wanted quickly and cleanly. Although the decision to switch wasn’t exactly an educated one, I did have some good advice and advocacy from popey, who I’d known for some time so I respected his opinions on the matter.

So anyway, my first impression? Reliable, hackable, but not very slick.

I’m not going to give you a blow-by-blow account of each release upgrade, but I have done a number of upgrades and reinstalls, and aside from one issue that I’m currently experiencing with a new install on my studio PC, I have never had any problems.

But this is the thing I wanted to talk about here… as I’ve travelled on my journey with Ubuntu throughout the 12 different releases between 6.06 and 11.10, I’ve noticed a number of things:

… and I personally believe that all of these points are related.

Ubuntu (and Canonical, the commercial sponsor behind Ubuntu) have received a lot of stick from the community over the years because of the focus and design changes that have evolved over recent releases. I’ve heard people that I know complaining that it’s moving away from power-users and hackers, and concentrating more on the consumer end of the desktop market.

Linux has for years been tarnished with the geek brush, with consumer users saying that it’s only for hackers and neckbeards (seriously, Google it), and that everything has to be done on the command line for anything to work. Well, not any more. Linux has come a long way in the last 20 years, and I do believe that it is now workable as a stable desktop environment.

No, I’m not going to start with the “Year of the Linux desktop” crap. That’s not going to happen for a while, at least not until the community stops in-fighting.

Ubuntu 11.10 is a really good example of what a desktop operating system should look like. 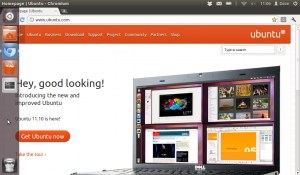 It’s clean, it’s fairly minimal, it’s not cluttered with stuff that you don’t need, and it works. Yes, it will take some time for the average Windows/OSX/insertyouroperatingsystemofchoicehere user to get used to, because it’s different to most other systems. And again, because of the evolution of the Ubuntu desktop over the years, there has been a fair amount of uproar about the choices that have been made:

… but I can’t see what the fuss is all about. All of these things are designed to improve the desktop experience, and these are decisions that have been taken by the Ubuntu design team (and others) with usability in mind. It’s worth pointing out that most of the people who have complained about these new features and design changes have been old-school Ubuntu users, and by extension, power-users. But that isn’t (and shouldn’t be) the target market for the Ubuntu desktop. Ubuntu’s tag line is “Linux for human beings”, not “Linux for people who know how to hack”. There are plenty of other distributions out there, and if Ubuntu is not for you then switch to something else. That’s the beauty of freedom of choice.

Ubuntu releases a new version every 6 months, but I consider these to be development releases. If you’re looking for stable releases, look for the ones that are released every 2 years with the letters LTS (Long Term Support) in the version. Ubuntu 10.04 LTS is the most recent one, with Ubuntu 12.04 LTS being released in April. Don’t forget that you can download an image from the Ubuntu website which you can test what it’s like without installing it, or – if you run Windows – you can install Ubuntu like a Windows application, so it doesn’t install over anything else.

I have been a supporter and advocate of Ubuntu since I started using it in 2006. I intend to increase my advocacy and post more of my experiences with Ubuntu. I’m happy to share my specific experiences with the Ubuntu desktop should anyone wish to ask.

And now, I leave you with Evolution of Ubuntu Over the Years – A Brief History which will go some way to illustrating how Ubuntu has changed and improved in the last 7 years.
(That image at the top of the post is an advert, so if it says “Download Now”, it doesn’t mean Ubuntu!)